The next day we headed to Yotvata in the morning with the intention of throughly exploring the large arable fields and excellent sewage works.

We headed to the sewage works first, which were excellent, with at least three Citrine wagtails, a dozen or so Bluethroats (both white and red spots) dashing about in the reeds, 2 Little crakes and a Savi's warbler singing.
We then headed to the North fields. On arriving we picked up a female kestrel sp. Tim refused to look at it as he didn't want his first Lesser kestrel to be an imm/female type, and whilst I was identifying it, he called to get on a wader going over, the immediately shouted 'Caspian plover'! The air became electric as we all swung round to get on it, zipping through fairly high up. Thankfully it slowed and turned, then came in to the fields, giving great views over the course of the next hour before twitchers started to arrive and we drifted away. 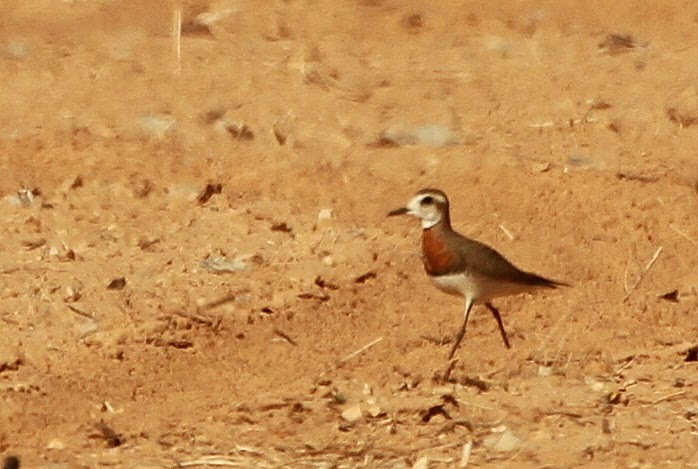 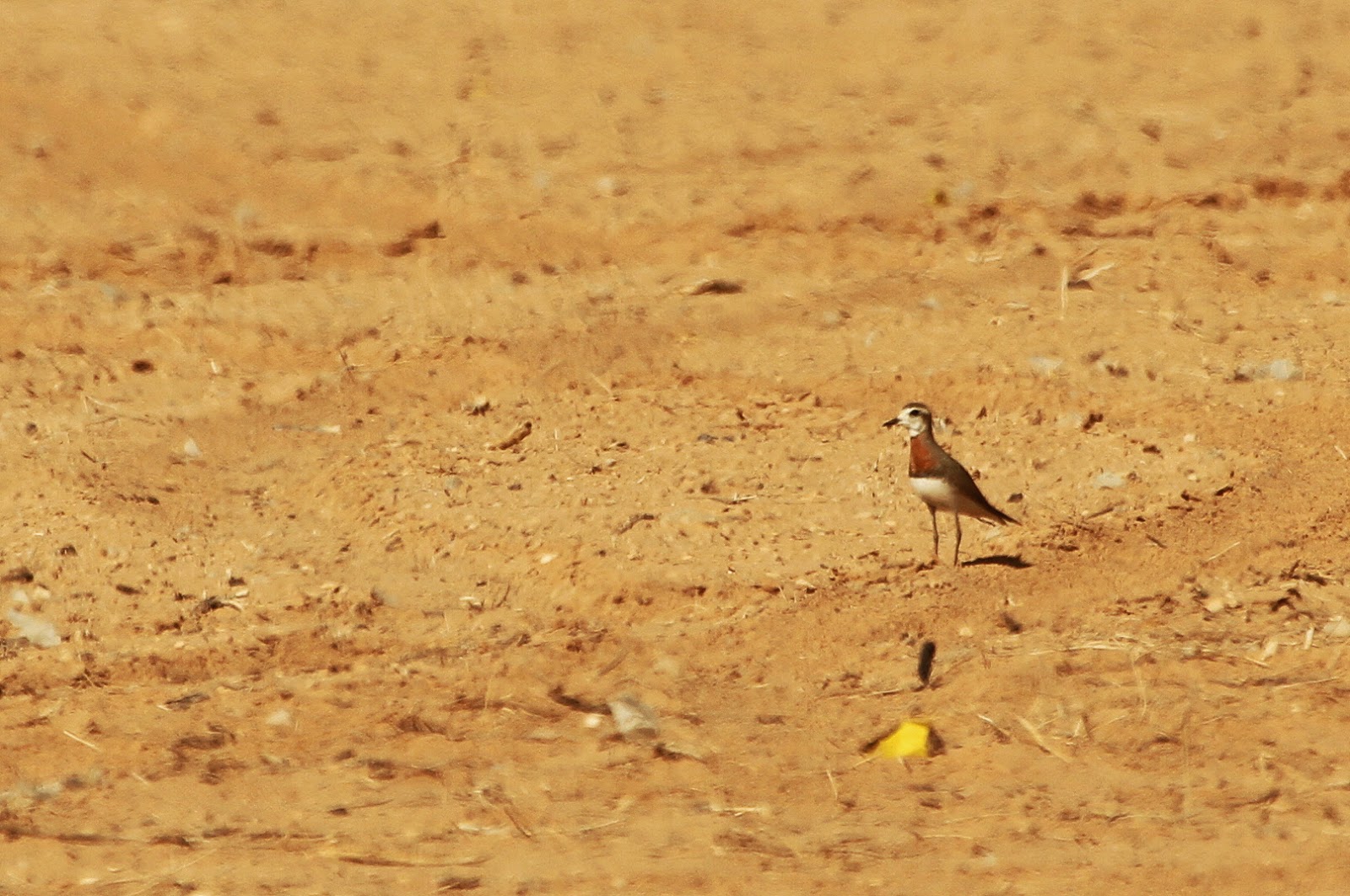 We had heard that there was an Oriental skylark on South Circular field, so we headed there in the midday heat without very great hopes of success. After flushing several hundred Short-toed larks, along with a few buntings and pipits, three small larks flew up, all calling identically. What was going on? But sure enough, we persevered and there was indeed 3 Oriental skylark (and one European skylark) feeding along the weedy strip. Happily one perched for views, albeit somewhat distantly in the heat haze.
We then headed back to Km 20, as the heat had quietened most of the passerine action at Yotvata.

The next day, myself and James headed to the Dead Sea, to try and catch up with some of the specialities. In terms of the birds seen, we had a fantastic day, but most of the real specialities seemed to avoid the camera lens, so sadly not many pics!

We started at a wadi just south of the Dead Sea to look for Arabian warblers at dawn. Again, the wadi was incredibly alive with migrants, with at least two species of sandgrouse flying about. Eventually we tracked own a male Arabian warbler, which gave brief views before vanishing off down the wadi again.
We then headed on to Lot reservoir where we picked up a singing male Dead Sea sparrow, several singing Clamorous reed warblers and Indian silverbills
We then headed on to En Gedi and a steep mountainous wadi to look for Sinai rosefinch. We went too far up, but the raptor watching was again spectacular, as were the Fan-tailed ravens and Nubian ibex.


WE gave up after midday when the heat became too much and spent a few hours around En Gedi. Fortunately with a bit of encouragemnet from Josh Jones, we decided to return late afternoon, and found the spring. Within minutes a pair of Sinai rosefinch came in to drink, and the disembodied song that had been unlocatable in the morning eventually gave itself up as a distantly singing Mountain bunting. Excellent! but we had to dash to catch Barak Granit and his tour for the evening, rather than attempting closer views. We arrived with a few minutes spare, to be informed it was a perfect night for it. Good to his word, Barak had us watching a hunting Nubian nightjar within twenty minutes, then an hour or so later, a calling Hume's owl! All in all, a very succesful day.